The women of Gaza will be marching for their rights against Israeli violence and oppression.

They are asking for women’s groups and everyone to take solidarity actions in support. Since many supporters may not be able to organize an event, IfAmericansKnew.org created a downloadable flyer that you can print out and post in your home or car window and distribute widely.

NOW, 70 YEARS LATER, GAZANS ARE MARCHING FOR THIS RIGHT OF RETURN.

SINCE 2007, ISRAEL HAS KEPT GAZA UNDER BLOCKADE BY LAND, SEA, AND AIR. THIS HAS BROUGHT ABOUT: 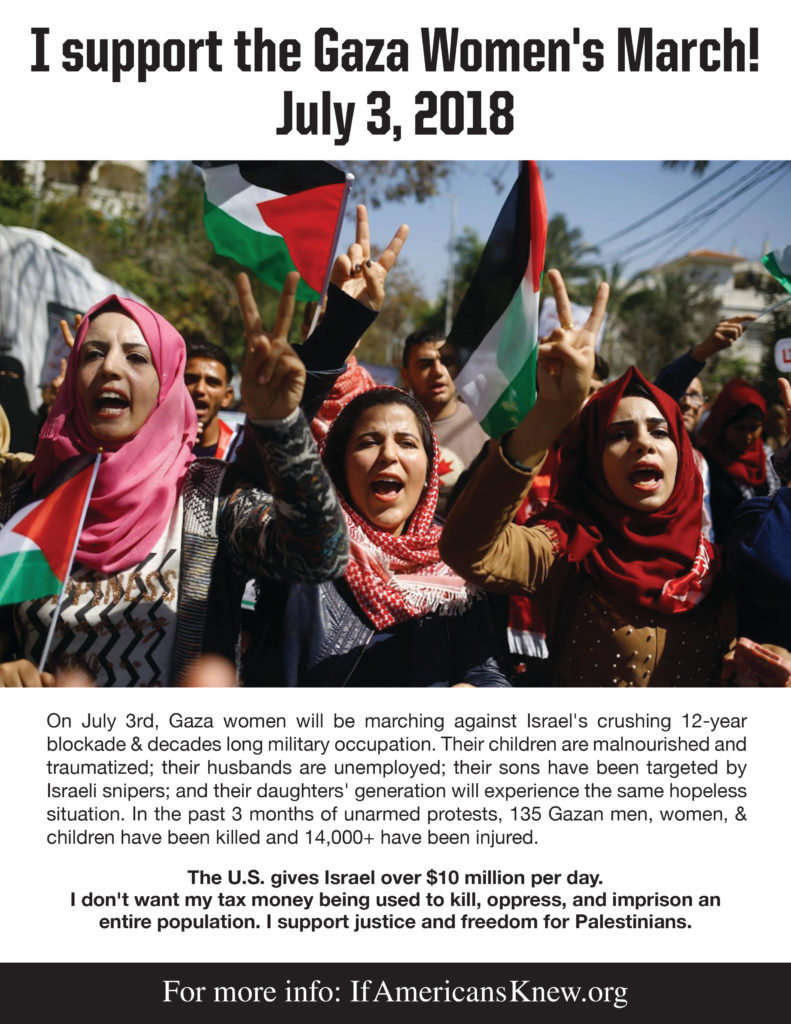